The use of screens affects all ages. In our home, there are as many smartphones as residents in the household. Adding the iPads and computers in our house, and it’s probably just the pets that do not stare into the ever-rewarding light at least once in half-an-hour while we think we share the experience of a cozy family evening. 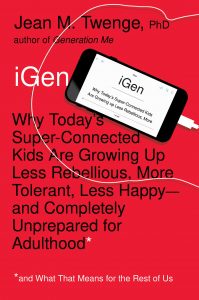 The screen is the first thing many of us see when we wake up in the morning and the last before we fall asleep in the evening. Never have the differences in attitudes and lifestyles been as big as between the previous generations, writes Jean M Twenge in her latest book i-Gen: Why Today’s Super-Connected Kids Are Growing Up Less Rebellious, More Tolerant, Less Happy -and Completely Unprepared for Adulthood–and What That Means for the Rest of Us (Atria Books, 2017).

Being a family man, I have read it with great interest. The book offers insights in explaining the following phenomena:

Today’s young, don’t drink alcohol, as we did. Today’s young do homework with episode 76 of Friends on their iPad or cell phone, they also have an ongoing chat on Snapchat and are talking to at least one person on Facetime. At the same time, they read fewer books and do not answer “out” on the question “where are you going?” as we did.

They know that we can find out where they are. Today’s youth is more tolerant of different ways of thinking but does not help to clean the entire homestead as often as we were forced to, under various threats may be added. Those who read I-Gen can add that millennials have sex later in life, take less responsibility for their finances, are more emotionally fragile. In summary, they become adults later than we did. The smartphone has changed everything, writes Jean M Twenge.

The millennials remain young longer because the phone satisfies the needs they otherwise would have to find in the physical reality which has more uncontrollable dangers and stress levels.

It may sound like a good thing given that the teenage brain matures late when it comes to making overall decisions. On the other hand, the brain may develop slower because of the protected life that comes with the use of smartphones.

Nevertheless, it stings to observe young people’s cell phone dependency. What about if the cell phones are the cigarettes of our time? In 2068 we would look back at the early 2000s with a horror of how we let children sleep with the phones under their pillows. How could we allow them to have cell phones in class despite apparent lack of concentration and learning?

In the US, the average teenager spends 4.5 hours a day with a cell phone, and half of them describe that they are dependent on their phones. Just between 2009 and 2014, the proportion of Swedish schoolchildren who spent at least three hours or more on the internet every day, according to Statistics Sweden, doubled. 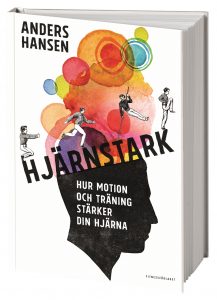 The Swedish psychiatrist Anders Hansen writes in his book Hjärnstark (Fitnessförlaget, 2016) that the person who spends more than ten hours a week in front of the screen experiences the least happiness. Young people also spend time with their friends far less, feel more alone, and have problems sleeping. This rather depressing development began in 2007, the year when the iPhone was launched. Jean M Twenge blames the dramatic deterioration of the mental health of youngsters entirely on the phones.

On the radio, I hear a voice that explains mental health problems, believing that we meet our needs satisfactorily through the cell phone, but we chew empty carbohydrates that provide fast energy but no nutrition.

It may be time to realize that there is another kind of reward in life for those who manage to put away the phone and train their stamina and concentration. We need to give young people a chance to develop that ability. 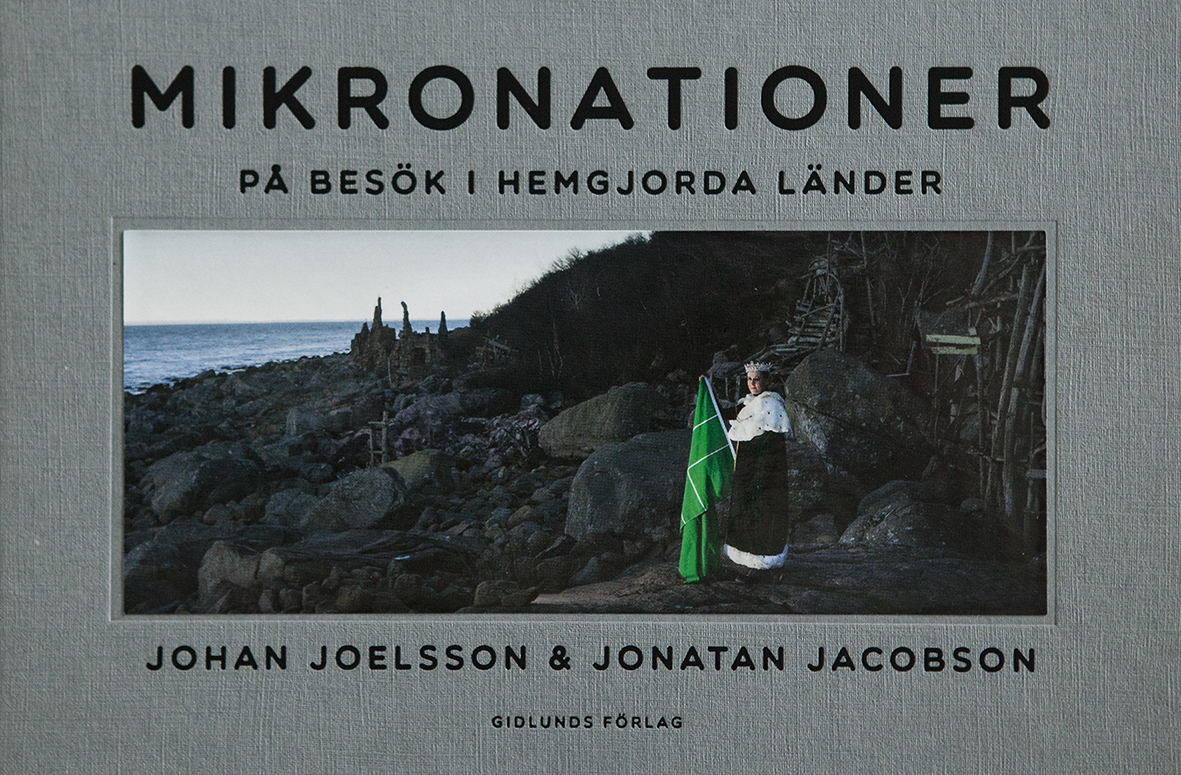 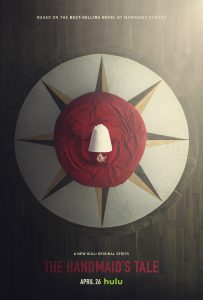 He became world famous with his pictures of the book “A Child is Born” which was released in 1965.

The book A Child is Born gave the world a whole new insight into the process from when an egg is fertilized until a child is developed. It took Nilsson a full twelve years to work on the images used for the book that was released for the first time in 1965.

As a pioneer of scientific photography, Lennart Nilsson worked tirelessly throughout his career, with a large number of prizes and books as a result. He was an accomplished artist and inspirational individual. He had an amazing career that has spanned decades.

Lennart Nilsson must have passed away on Saturday morning in the presence of his family at the age of 94.

In addition to his cutting-edge science, Lennart Nilsson was also a Court Photographer for the Royal Family of Sweden. He has documented the Royal Swedish Court since the 1940s. Among other things, Lennart Nilsson took the official wedding picture of King Carl XVI Gustaf and Queen Silvia.

We believe that Nilsson’s photos of unborn babies were a milestone in the way we look at human life. The pro-choice movement cannot seriously look at these pictures and still claim that the lives of unborn babies are debatable.