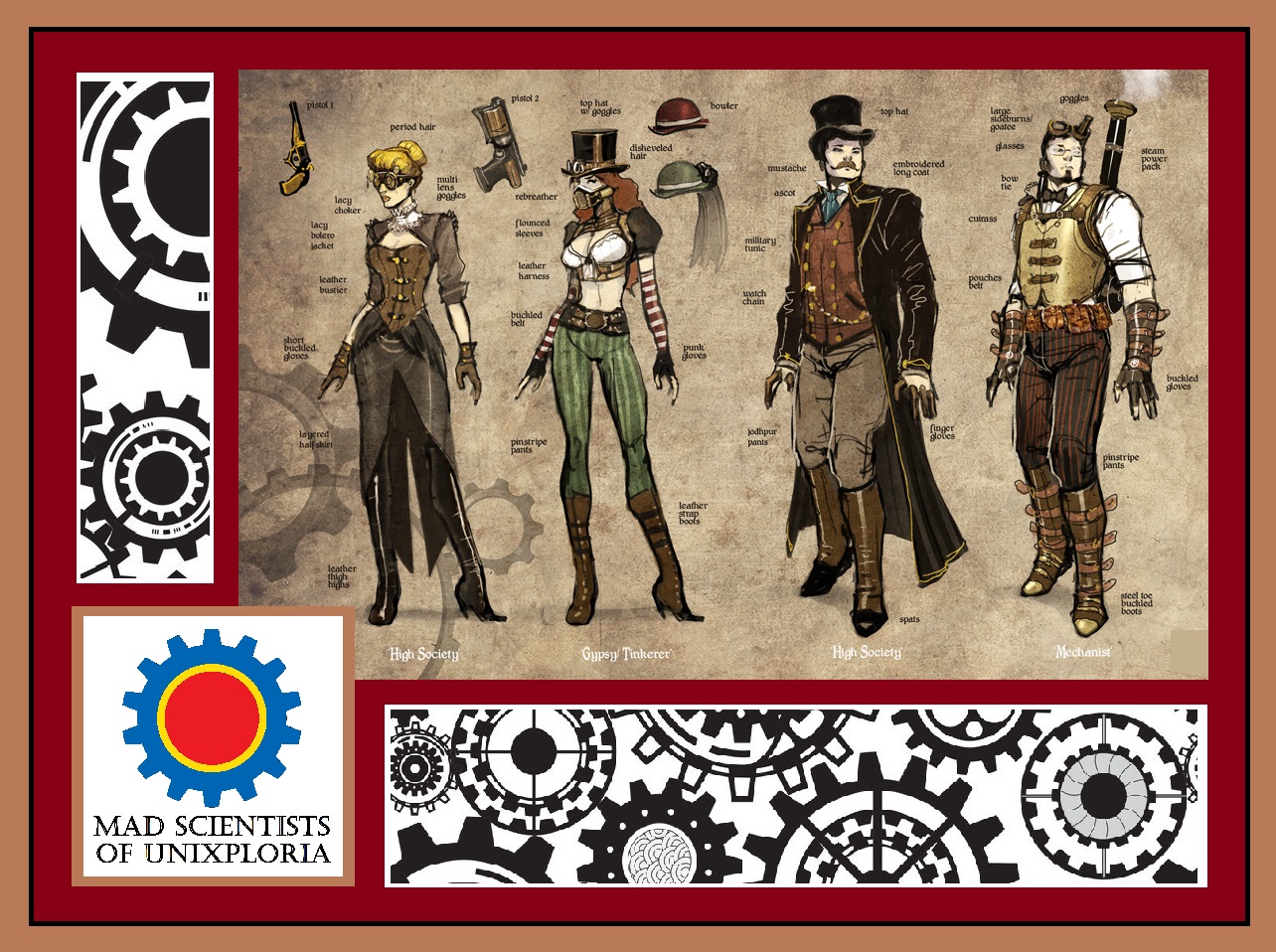 Steampunk can be described as science fiction in a Victorian setting. What began as a literary genre, has developed into a full creative boom that has become a subculture of clothing, art, film, and music.

During the 1970s three science fiction writers joined up to create something new. Authors James P. Blaylock, Tim Powers, and K. W. Jeter lived near each other and shared the same interest in the Victorian era. They used to hang out in pubs and discuss their writing and everything else under the sun. Encouraged by each other, they began to write stories adding science fiction elements in a Victorian setting. Examples of their creativeness can be found in K.W. Jeter’s Infernal Devices, Tim Powers’ Anubis Gates and James P Blaylocks’ Homunculus.

The three authors had no intention of starting a new sub-genre of science fiction. They only wrote what they thought was fun, inspired by early science fiction and adventure writers of the 1800s such as H.G. Wells, Jules Verne, and Robert Louise Stevenson.

In 1987 K.W. Jeter wrote a letter to Locus Magazine that would later become historic:

Personally, I think Victorian fantasies will become the next big thing as long as we can come up with a term that describes Powers, Blaylock and myself. Something based on the technology of the future; ‘Steampunk’ might…

Other books close to the heart of steampunk fans are books written in the 1800s. The epic novels by Jules Verne and H.G. Wells fall into this category. Verne and Wells did not, however, label their work as steampunk since the term didn’t occur in their era.

What’s the Craze All About?

Steampunk literature encompasses everything from steam engines to clockwork robots and airships. Familiar protagonists are inventors, watchmakers, aristocrats and supernatural beings such as werewolves and vampires.

Some criticize steampunk for romanticizing 18th century England. It’s certainly is true that the steampunk genre exalts old design and use the aesthetic appeal of older technology. But in steampunk literature, one also finds some criticism of the Victorian society. Some steampunk stories also dwell into the darker sides of the era, i.e., women’s oppression, class differences, and racism.

I for one, hope steampunk books of the future will dare to tackle other topics and locations, thus adding more variety as the steampunk genre unfolds. Steampunk really can be applied to many different sites apart from Victorian London.

As for TV series, one can find strong steampunk tendencies in the Science Fiction adventure series Warehouse 13. In the cult series Doctor Who, one can also see some steampunk technology and aesthetics.

When it comes to steampunk clothing, it’s all about using your creativity to come up with a steampunkish look. I’ve seen everything from strict Victorian clothing to mad scientists in white coats and dresses. Creativity is the foundation of steampunk, and also one of the best things about this subculture; you can let your imagination run free.

Some classical elements in the steampunk attire are necessary, though. The top hat, the mandatory goggles and the use of retro-futuristic technology are almost considered essential. Steampunk enthusiasts usually make their clothes themselves.

Steampunk music has no specific sound. If a song is labeled as steampunk or not has more to do about the lyrics, atmosphere and the style of the band. This may sound superficial and confusing, but I think it’s fun. It makes steampunk music can play freely with different styles. Mix and mix at will, which usually creates the most enjoyable music. bands famous in steampunk circles are Abney Park, The Cog Is Dead and
Clockwork dolls, to mention a few.

An essential aspect of steampunk is using your imagination to create stuff. The maker movement is omnipresent in the steampunk subculture. There is a lot of inspiration to gather from communities that build computers in the steampunk style, instruments, weapons and so on. Reinventing the Victorian era by using DIY is what it’s all about!