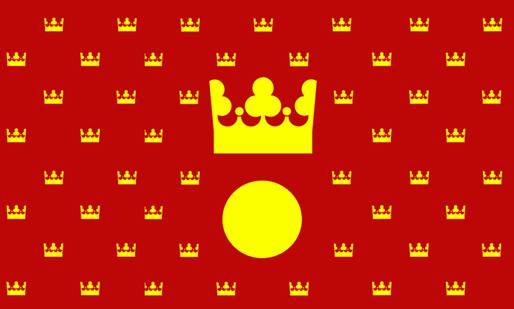 It gives us immense pleasure to report that we have signed a treaty of Mutual Recognition with our friends, the Principality of Lorenzburg. May we both learn and grow!

The Principality of Lorenzburg, or simply Lorenzburg, is a micro-nation founded on December 1, 2014. The nation’s borders coincide with the borders of the city district of Lorensberg in the Swedish city of Karlstad. The area is approximately 11 hectares (110 000 square meters) and is contiguous with the districts “Rud”, “Kroppkärr” and “Stockfallet.” The district is mostly a residential area with villas and semi-detached houses. There is also some woodland, a kindergarten, and some playgrounds. The Principality is not occupying, by force or any other means, the territory of Sweden but is understood to be a kind of “double exposure” where the nation overshadows, like a parallel universe, the actual physical space of the town district in Karlstad. Lorenzburg aims to be a refuge for visionaries, free thinkers, geeks, freaks, queers, artists, scientists, and all others. Anyone, anywhere, can apply for citizenship. Lorenzburg is a Constitutional Paramythocracy (from the greek “paramythos” – fairy tale). The Principality of Lorenzburg was founded with the aid of a grant from the municipality of Karlstad, and the founding of the nation is initiated as a large-scale community art project focusing on urban agriculture, collective storytelling, and tourism.

His Serene Highness, Prince Beau Freï Jean-Seraphine Baltazar von Fräähsen zu Lorenzburg is the Head of State of the Principality of Lorenzburg. Prince Freï was born on December 4, 1976, and he is the present head of the Princely house “von Fräähsen zu Lorenzburg.” The Prince is a great protector of the arts and the sciences and he is devoted to issues of education and human emancipation. Prince Freï himself is a trained dancer, performance artist and writer. He is also the initiator to “Princes Without Borders”, an organization devoted to charity and helping refugee children.